here are some links

aded some new photos to the nature page and daily tarot got a big update!

was out of commission due to personal issues for a bit, but updated w/some new pics on the nature and altar pages

added some neat links to the sidebar

thanks to prophetesque for all the help! visit its cool site at the link below 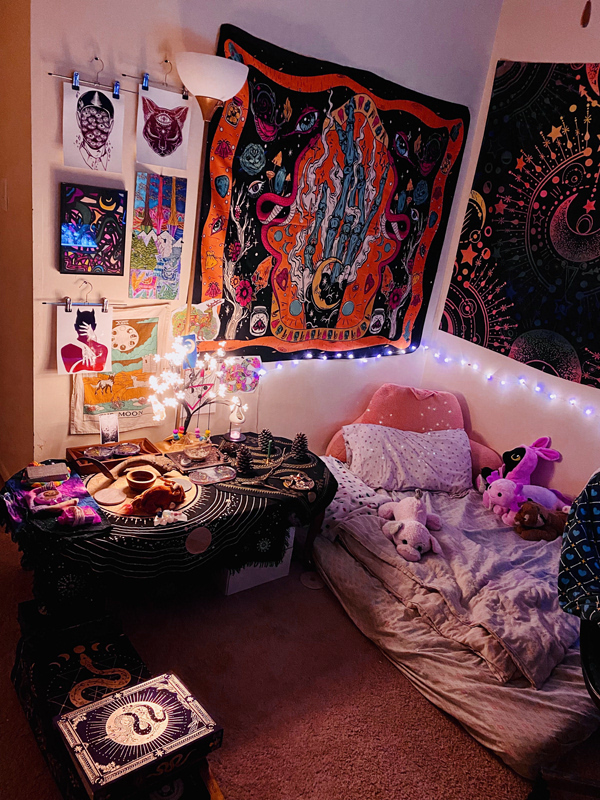 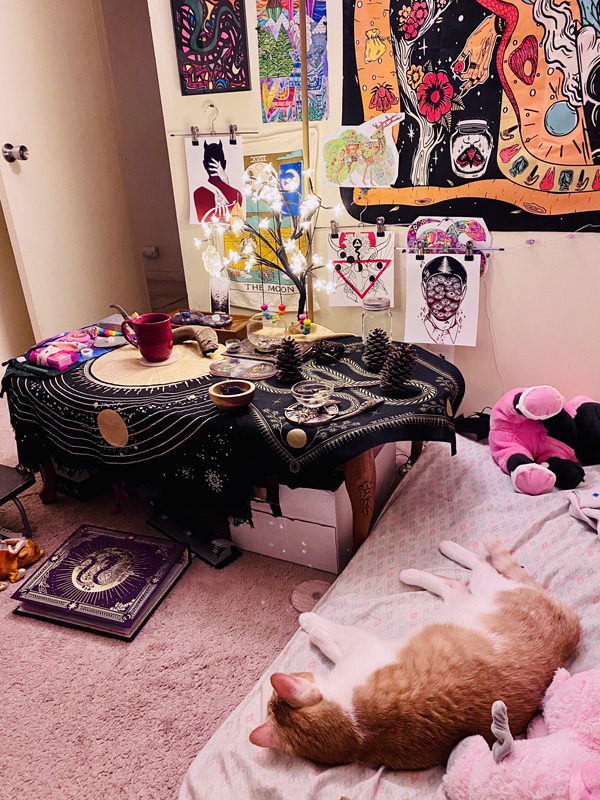 above are the most recent photos of my altar.

i have a small floor shelf to the side now! useful for holding ritual materials...and tea :-) 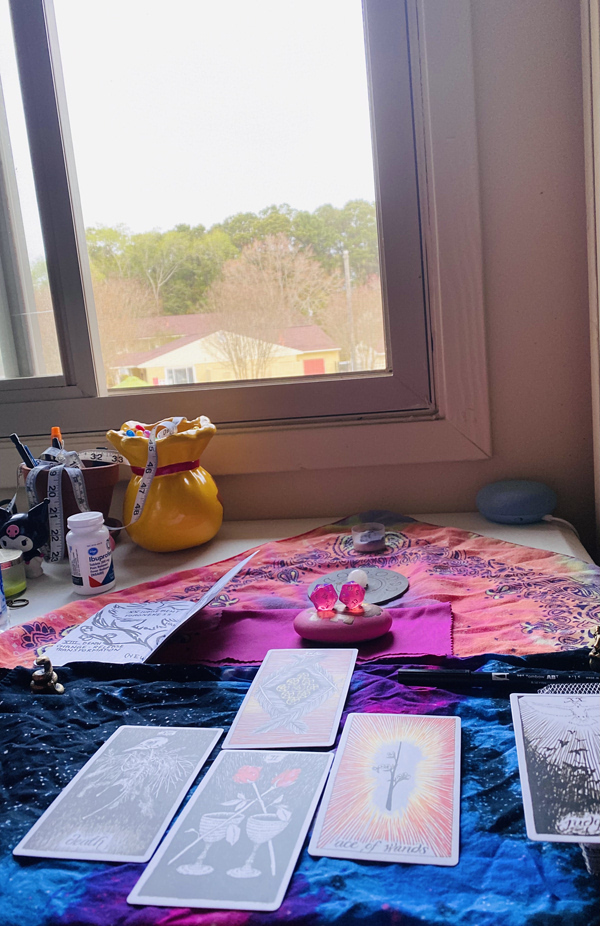 there was a week or so when my chronic pain was too bad to use my normal altar, so i set up some things on a table by the open window instead. it was a nice temporary mini altar to practice at while i was unable to get up and down off the floor for my normal setup! i did enjoy practicing by the open window a lot, especially in the mornings and evenings. 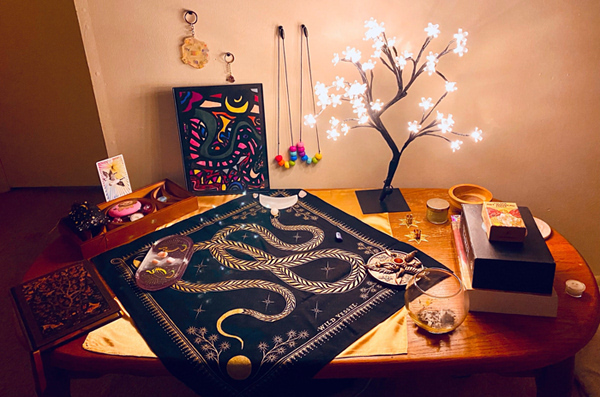 here's a photo from when i first set up my altar. the triple moon goddess display in the back left was given to me by my nesting partner, and it holds a rock painted by my partner who passed in 2020, as well as a matching set of dice owned by myself and my recent late partner whose tarot deck i inherited, which initially started me practicing. one of the stim necklaces on the wall is also his (the other one is mine), and the art next to them was also done by him. there are many other trinkets and objects often featured on my altar which have significance related to my loved ones, both past and present. below are some various miscellaneous photos of different setups i've had, as well as the aftermath of some ritual offerings. and yes, i have a bed near my altar - i have chronic pain, and having a place to rest nearby while practicing has made my life much easier! 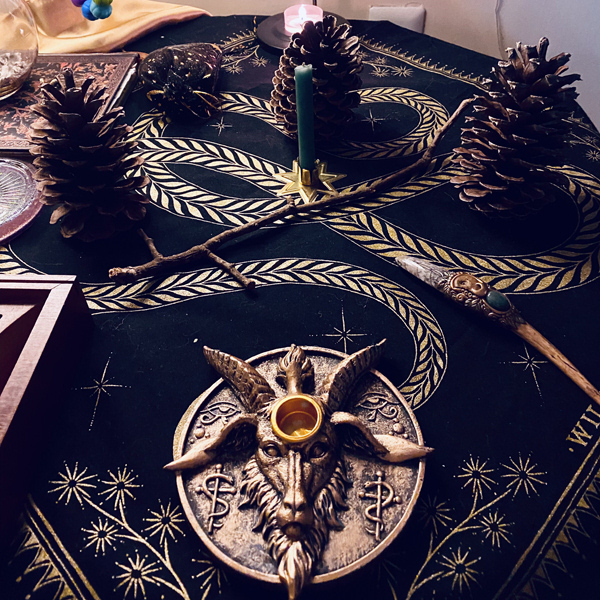 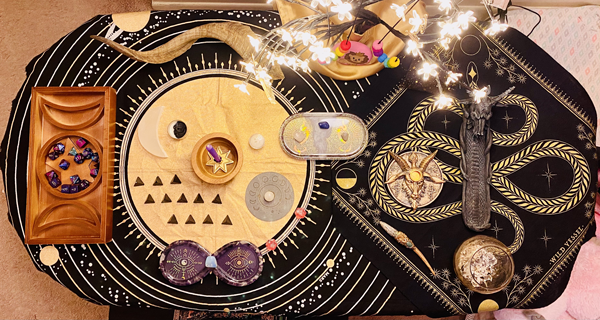 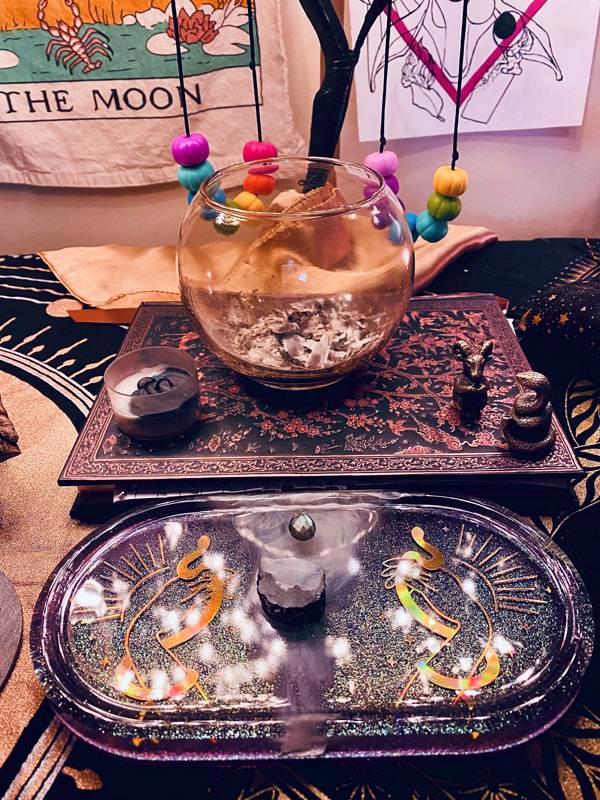 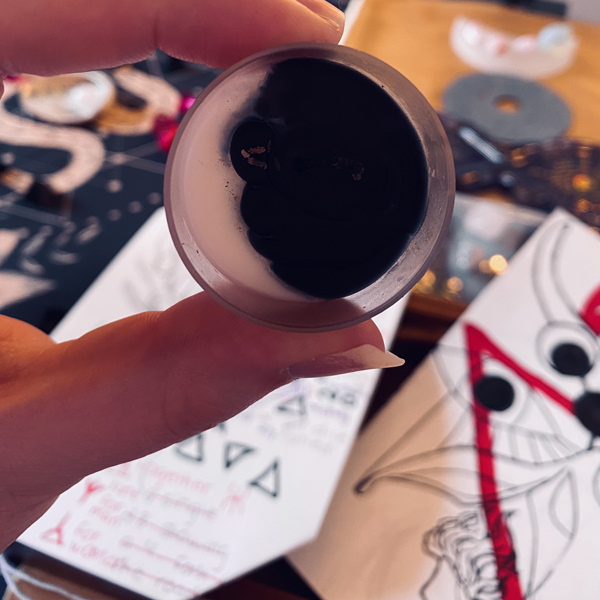 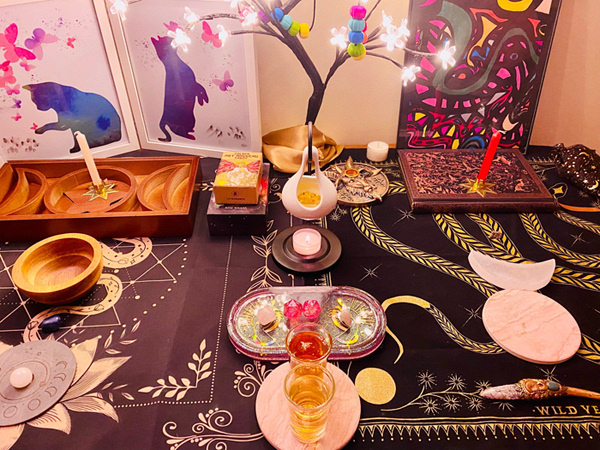 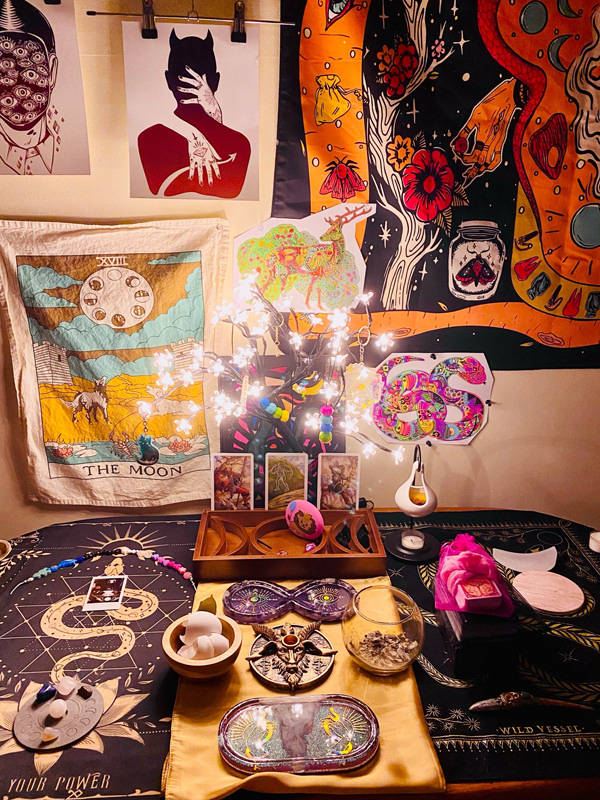 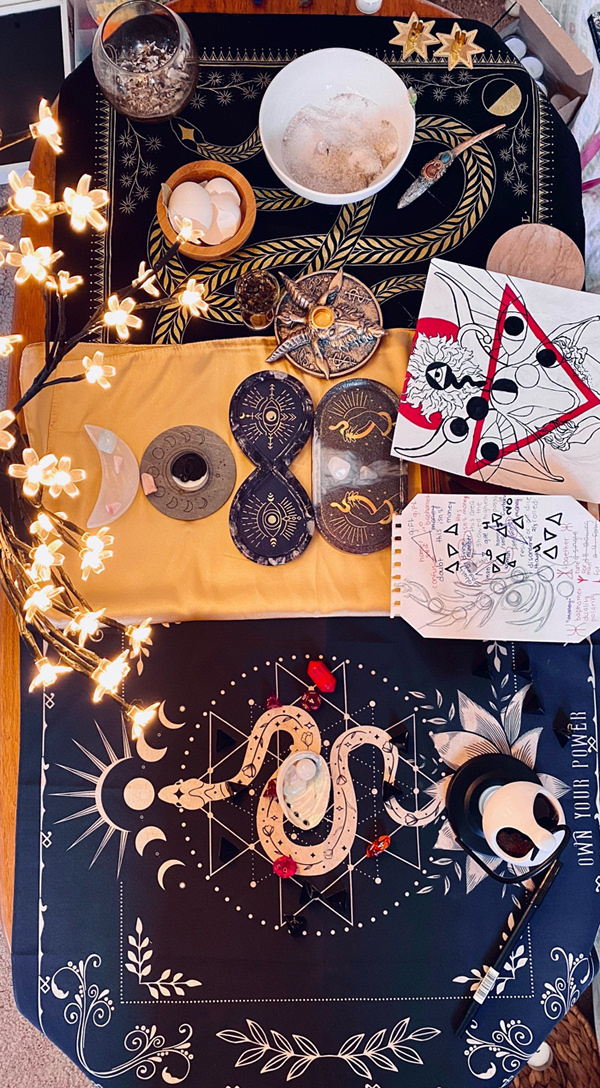